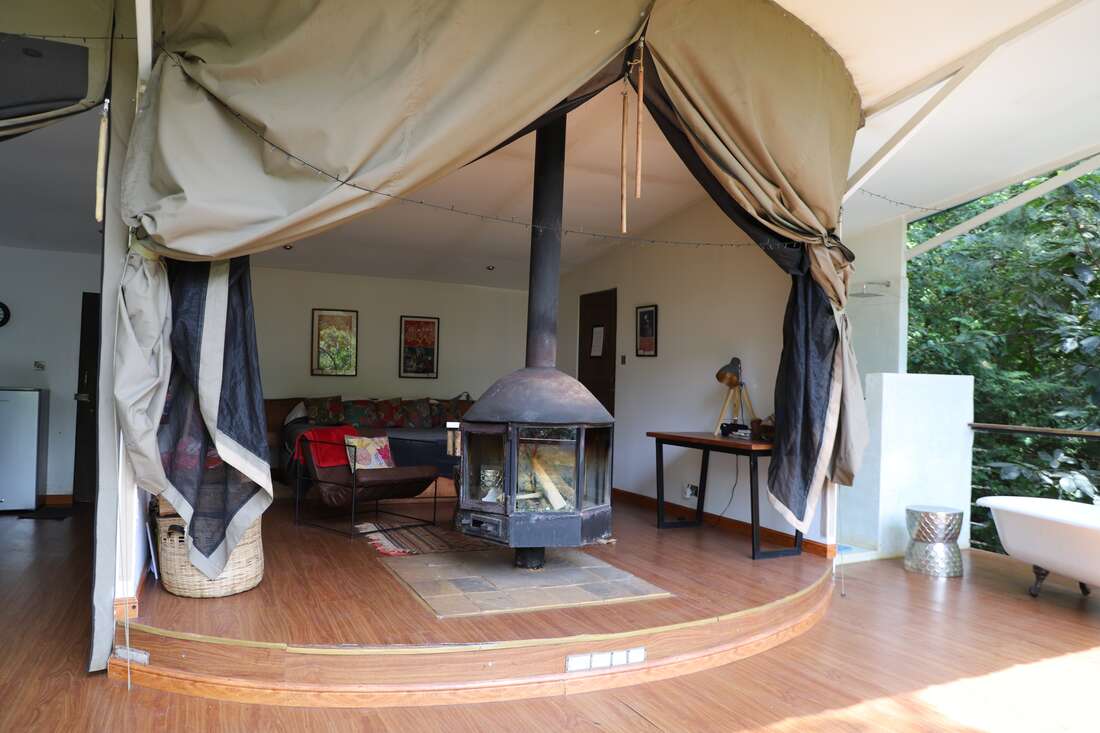 The first treehouse Paul Simkim ever built was for his children. The second is the Nairobi Dawn Chorus, now in its garden in Loresho. Perched among towering trees in a verdant, wild valley overlooking a river, it has become a minimalist retreat for Kenyans looking for a different kind of escape.

Being here makes you feel isolated and removed from the hustle and bustle of the city. It is as attractive as it is playful, which is what childhood fantasies are made of.

“My children’s treehouse was for fun and escape. However, it continued to collapse, ”says Paul.

For the second, he improved it, spending about 2.5 million shillings in construction costs. Construction of the treehouse began at the end of August last year and it took about a week to come up with the design, which Paul worked on with his daughter Tana.

They then sat down with a builder, Thor karstad, and walked through the models and dimensions with him, before stopping on the final version. The house itself took eight weeks to build.

Upon entering the grounds, you wouldn’t even see the treehouse from the main entrance.

There is a large garden as well as a swimming pool which are both accessible to guests, but we ended up staying hidden in the folds of the house for the duration of our stay.

The treehouse is one bedroom and the design is open plan; all of the personalized space to enjoy the perfect postcard view.

Guests enter through the main door into the kitchen which leads to a large wooden platform with plenty of lounging areas such as a comfortable swivel chair, dining table and around a fireplace. The double bedroom also overlooks the deck.

“We kept it as simple as possible. One of the first rules was that we couldn’t fell trees, so we had to find a suitable space that would allow the structure, ”says Paul.

“We opted for a simple iron frame, a mabati roof and marine planks in the floor and walls, so it was very simple and relatively inexpensive.

The double bedroom also opens to the wooden platform and the view. There is a fireplace for those chilly evenings. A small living room with two chairs is placed in front of the fireplace, and at one end of the wall is a workspace with a few books if you want to read one.

The decor was done by Tana, and the beds and furniture were made from a tree that fell in the garden. Although there is a canvas tent that can be rolled up at night, we were advised to leave it wide open and sleep well.

“The safari tent should be closed to cover the front of the room, but it didn’t work well as it was difficult to close and there is a fireplace right in front. Most customers preferred to leave it open, ”explains Paul.

At dawn, you wake up to the sound of a beautiful chorus of birds, explaining the name of the treehouse.

He registered it on Airbnb for an average of 12,500 Sh and the reception was great.

Most of the guests were Kenyans from Nairobi on vacation, with a few internationals. It is a romantic space that can only accommodate two people. There’s even an outdoor freestanding tub on the deck, perfect for an early morning swim or under the stars at night.

The bathroom is also open with a rain shower and a beautiful mirror with elephants and palm trees carved into its wooden frame.

A few works of art by Kenyan painter George Ongeri hang on the walls and are offered for sale, with listings of around Sh45,000.

“We thought it would be a good way to promote his work and get people to buy it. Most people have just visited his studio which is nearby. He’s a former banker and a very fun character to be around.

Paul’s next project is to build a houseboat in Kilifi or Naivasha with the same open-plan design.