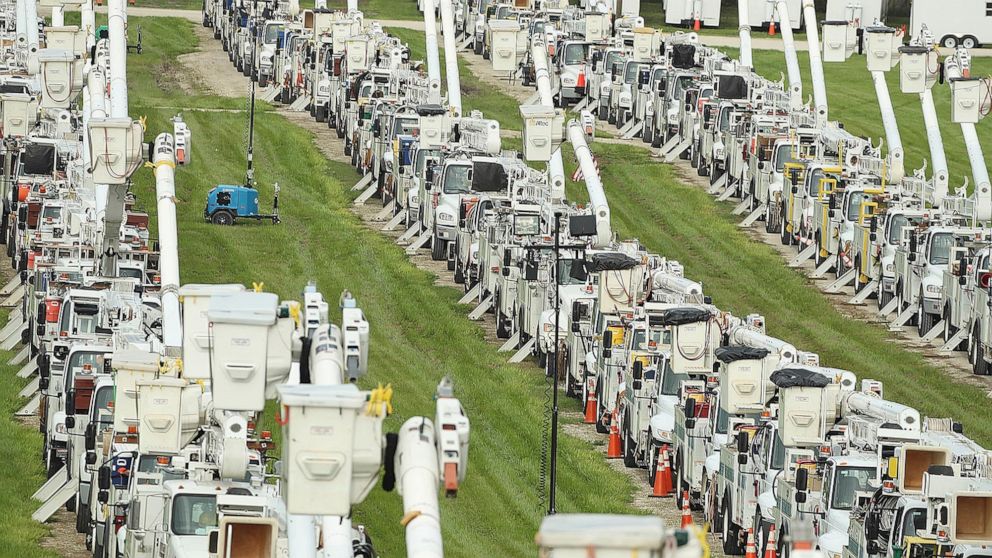 ST. PETERSBURG, Fla – Elsa weakened in the face of a tropical storm as she threatened Floridaof the northern Gulf Coast on Wednesday after scouring the Tampa Bay area with gusty winds and heavy rain.

Governor Ron DeSantis said the forecast was for the cyclone to land between 8 a.m. and 9 a.m.

“We ask you to take it seriously,” the Republican governor told reporters in Tallahassee on Tuesday. “Now is not the time to jog because we have dangerous conditions there.”

There were no immediate reports of damage or injuries in the Tampa Bay area, which is highly vulnerable to storm surges. The strongest winds were to stay just off the seaside towns west of St. Petersburg.

Elsa’s maximum sustained winds stood at 100 km / h (65 mph) early Wednesday. Its core was about 75 kilometers southwest of Cedar Key. It was moving north at 14 mph (22 km / h), according to the National Hurricane Center.

Forecasters said Elsa would traverse the interior of northern Florida as a tropical storm with heavy rain and wind, then head towards Georgia, the Carolinas and Virginia before heading into the Atlantic Ocean. by Friday.

Schools and government offices in the Tampa area have been closed and most public events have been postponed as Elsa approaches Tuesday. However, Tampa Mayor Jane Castor predicted that the Stanley Cup Final game between the Tampa Bay Lightning and the Montreal Canadiens would go as planned on Wednesday night.

Tampa International Airport suspended operations at 5 p.m. Tuesday and planned to resume flights Wednesday at 10 a.m. after checking for any damage from the storm, according to its website.

Duke Energy, the main electrical utility in the Tampa Bay area, said in a statement it had about 3,000 employees, contractors, tree specialists and support staff ready to respond to power outages in the aftermath of storm. Additional crews were brought in from other states served by Duke.

“We are trained and prepared, and we want to make sure our customers are safe and prepared for any impact from the storm,” said Todd Fountain, Florida storm manager.

Earlier Tuesday, Elsa swept the Florida Keys but spared the low-lying island chain a direct hit. Still, heavy rains were forecast in the Keys through Wednesday, along with strong winds.

The storm also made it difficult to find survivors and potential victims of a condominium collapse in the Miami area on June 24. Despite this challenge, the teams continued their search in the rubble of Champlain Towers South in Surfside, Florida, on the state’s southeast coast.

In Georgia, a tropical storm warning has been issued along part of the Brunswick coast, with the National Hurricane Center saying tropical storm conditions with sustained winds of up to 80 km / h are expected in parts from southeast Georgia.

“Right now, we’re essentially looking at a cloudy, rainy and windy day,” Glynn County Emergency Management Agency director Alec Eaton told Brunswick News on Tuesday. “I’m confident we can sit back and let it go without any major impact. With a bit of luck.”

In northern South Carolina, emergency officials were monitoring Elsa, but no evacuations were ordered during peak summer beach tourism.

The storm was expected to move inland, but coastal forecasters noted that the worst weather conditions were on the east side of the storm and could dump up to 13 centimeters of rain and bring wind gusts of up to 88. km / h (55 mph) like Hilton Head Island, Charleston and Myrtle Beach.

Previously, Cuban authorities had evacuated 180,000 people against the possibility of heavy flooding caused by a storm that had already hit several Caribbean islands, killing at least three people.

Elsa is the first fifth-name storm on record, said Brian McNoldy, a hurricane researcher at the University of Miami.